This body of work investigates my fascination with intricate patterning and motion. My pieces capture the beauty in pattern, emulating graceful motion around the wearer. This motion alludes to the same imprint created in long exposure photography. These jewelry pieces have grown in scale, transforming into translucent wearable sculptures. The translucence allows the wearer to project her personality through the pieces, which act as a physical barrier between her and the rest of the world, giving her a sense of security.

The flowing gesture of these pieces is created through segments of pattern seen throughout historical art, iconic and widely considered beautiful and feminine in its ornate and intricate qualities. I use a multitude of pieces, stacking, inserting, and compiling in order to recreate the imprint of movement captured in a long exposure photograph. I have delved into the digital realm, using a laser cutter to pierce the design I rendered in a 3D modeling software. These processes make it much easier for series of the same pattern to be reproduced, especially in different sizes, and is vital to the creation and ability to capture implied motion. The use of acrylic as my material enables me to create non-distracting visual motion as well as capturing the subtle transitions between the repetitive forms.

Through these repeated forms, the structures are detailed but not overpowering, not overwhelming the figure or the viewer with information. Each wearer is concealed by the forms, but not hidden. They offer a sense of protection and security for her, creating a sense of empowerment —empowerment in the safety of expression. 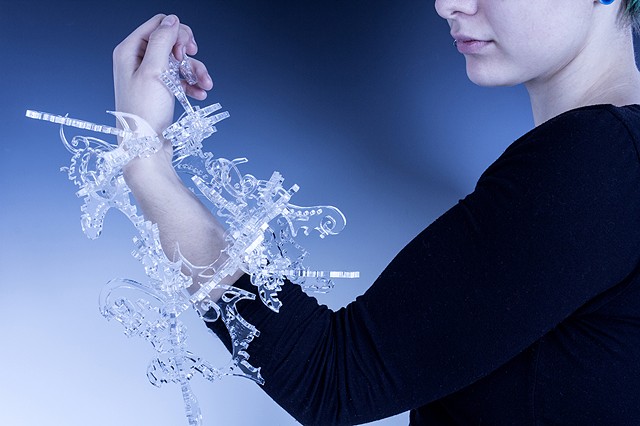 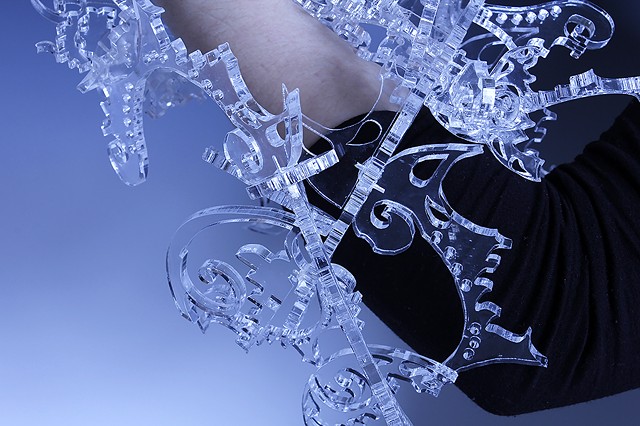 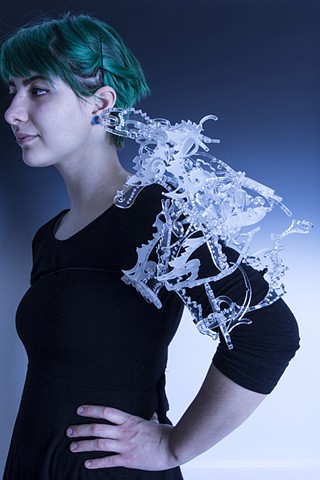 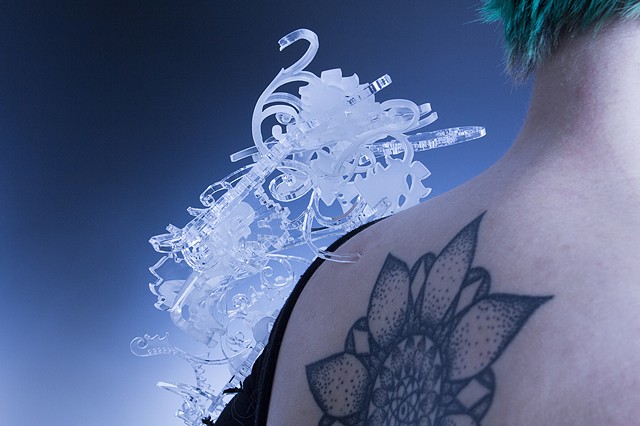 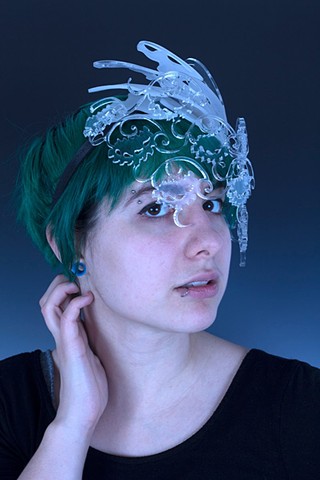 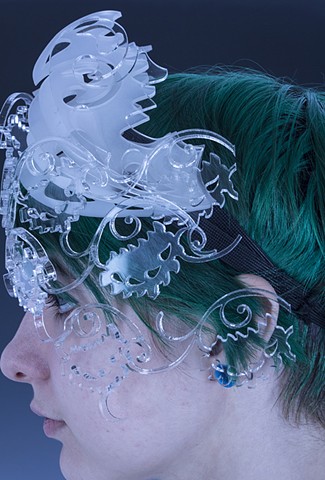