My body of work throughout school had me torn between two worlds: metals and ceramics. Everything I was working on was completely different-the way I worked within the medium, the themes, and the overall feel of the work. My challenge as a maker is to merge these two worlds into a coherent body of work. This exploration of combining metal and ceramics began with a body of work stemming from my own life experiences. After going through a very challenging relationship with a person suffering from mental illness, I started to think about secrets and the things people are bearing internally, which might not be so apparent on the outside. Influenced by the burden he suffered from, I developed the ceramic sculpture Inner Demons, in which small, demonic looking figures are literally breaking through the cranium in order to escape. The process of exploring emotion and secrets held my interest, and I decided to stick within this theme, bringing it into my metal work with a neckpiece, The Burden of a Secret, physically emulating the feelings created by keeping a secret. Having created two separate pieces along the same theme, my next goal is to create pieces that contain both ceramic and metal in a cohesive manner. By creating ceramic pieces that emulate emotion and loosely allude to the body, I have embarked on a series exploring emotion and how we as humans suffer and cope with our emotions in difficult times or with difficult topics. These ceramic forms, given a deep rust-like color, are combined with copper and steel of similar hues in order to become wearable visual representations of emotion and the burden it causes, unable to be hidden away behind a calm exterior. My first piece in this series, a wearable sculpture entitled I Carry These Secrets, has repeated ceramic forms, referencing the body through their rib-like appearance, attached to a rigid, gripping steel form through steel chain. The steel frame then grips the body, pressing into the chest and wrapping over the shoulders to uncomfortably press into the sensitive skin of the underarm. This piece visually demonstrates the weight one feels when holding secrets. 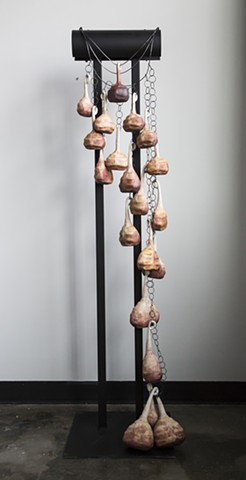 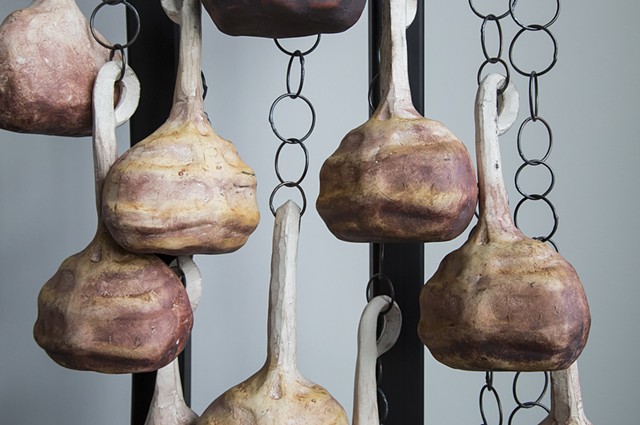 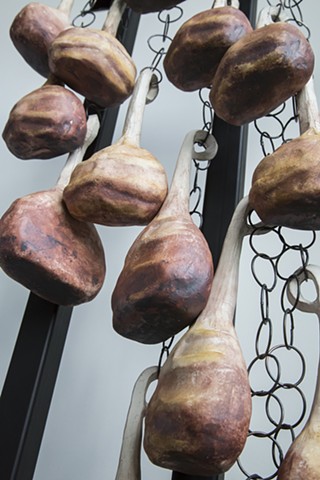 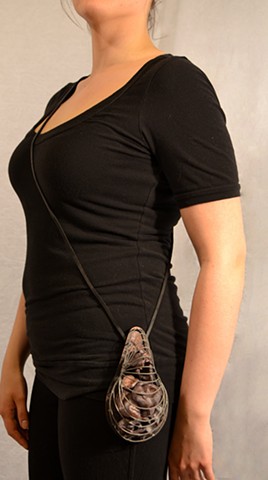 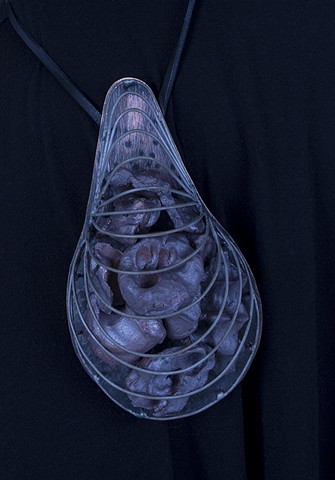 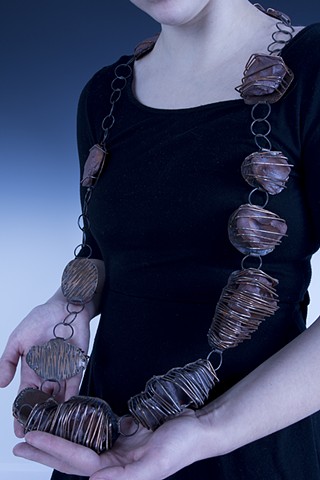 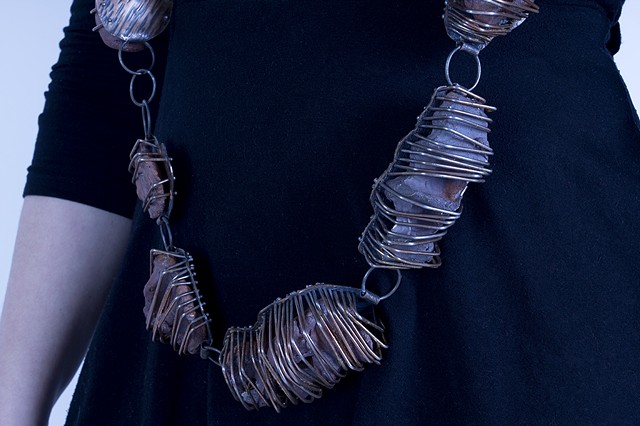 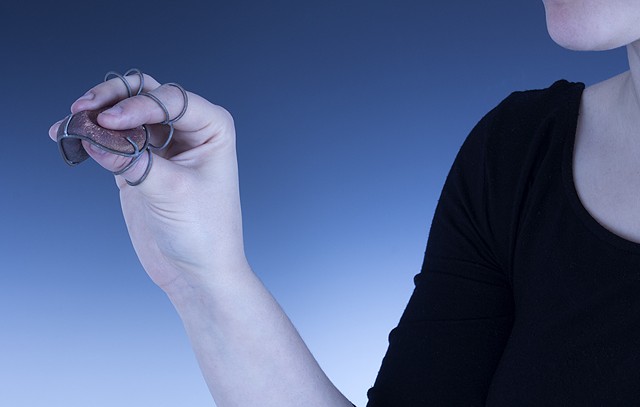 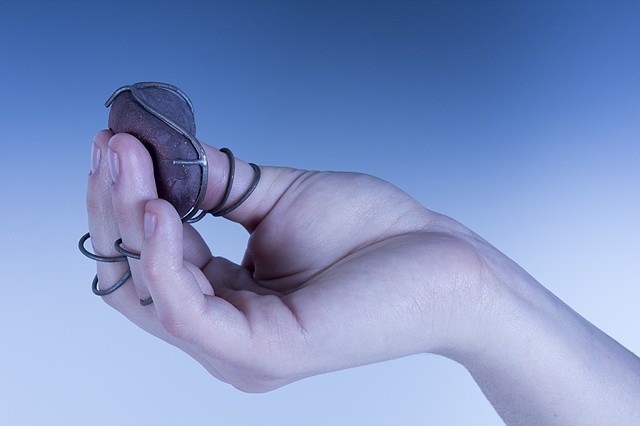